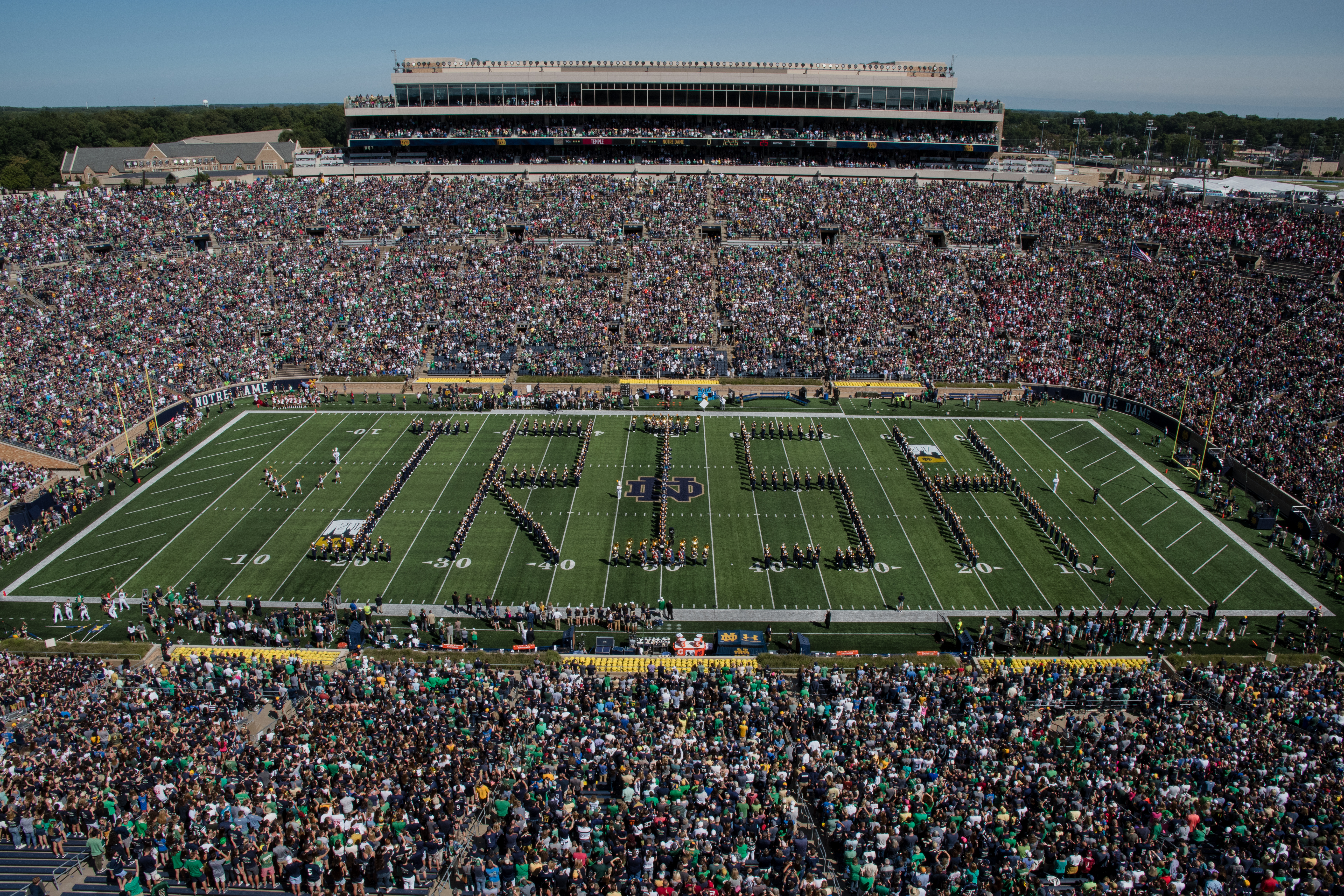 The Band spells out "Irish" during its traditional pregame routine.

The Notre Dame Marching Band is like no other. Each year the Band of the Fighting Irish performs for hundreds of thousands of college football fans and is seen by millions more on national television. At Notre Dame it wouldn’t be a football game without the Band. The Band was there for the very first football game against Michigan in 1887 and has been on hand for every home game (645 games through the 2019 season) and numerous away games, pep rallies and bowl games ever since.

The 380+ members of the Marching Band come from all across America and overseas and represent every academic major on campus. Made up of Notre Dame’s finest, Band members are recognized each year as distinguished graduates in their respective fields of study. 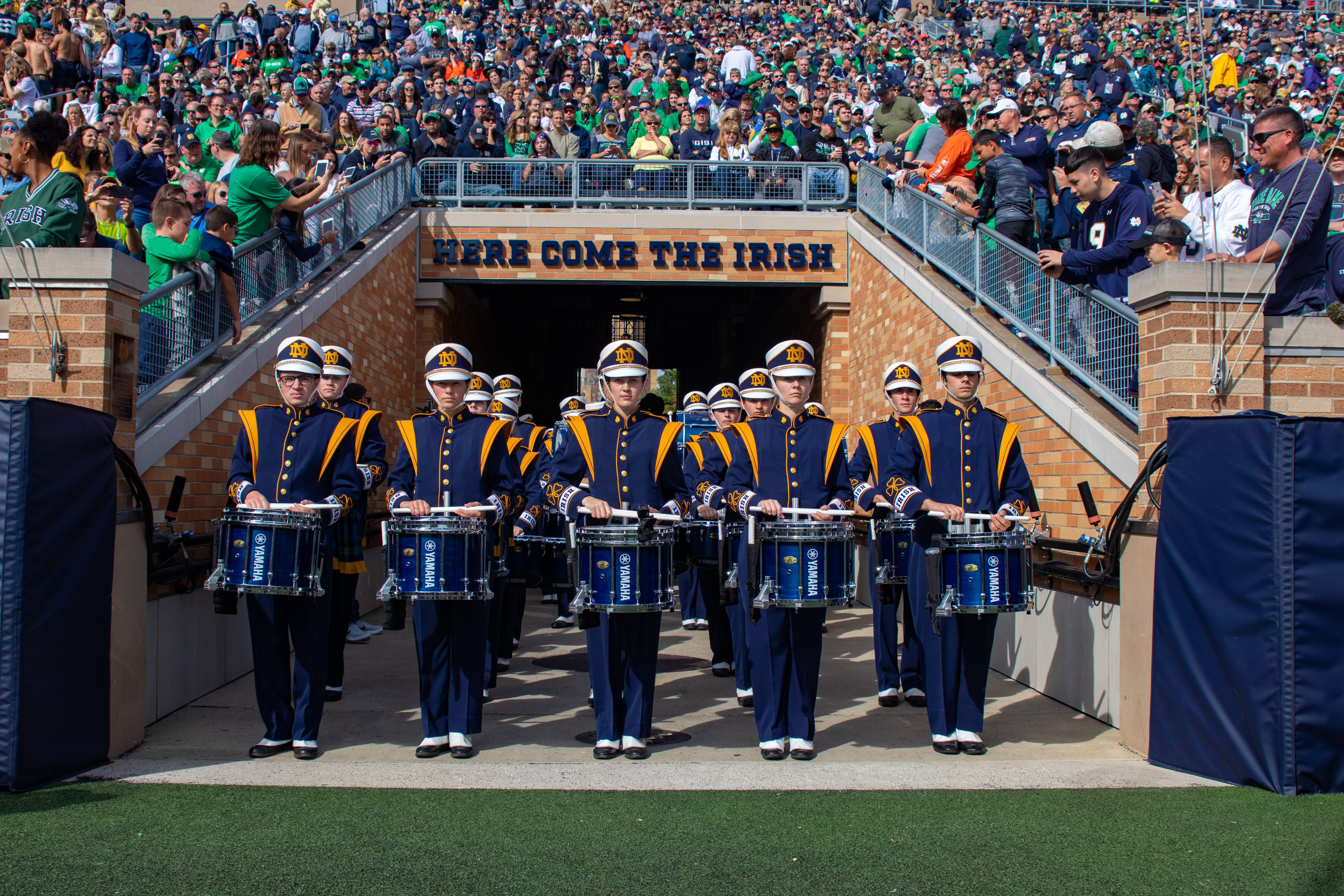 On Saturday morning, the band assembles at the Band Building for breakfast followed by a march around campus as a ceremonial “wake-up” for the students. The march out ends at the Loftus Sports Center (Notre Dame’s indoor football facility) for a rehearsal of the game-day performance. After a brief meeting and prayer, band members have a break to eat lunch and change into their uniforms.

Thousands of fans, both with and without game tickets, follow the Band to the steps of Bond Hall for the tradition-filled “Concert on the Steps.” With kickoff nearing, Irish pride is stirred as the band plays all the Notre Dame football songs plus the day’s half time music. Fans who stay at Bond Hall after the concert are treated to the thundering sound of the Notre Dame Drummer’s Circle, hundreds of others enjoy the Victory March and Notre Dame Our Mother (the alma mater) played by the “Trumpets in the Dome,” and still others around campus are able to witness each section’s unique pre-game rituals and traditions. The crowds gather around the Golden Dome for the Band step-off, and line the sidewalks as the band marches to the stadium.

In recent years the marching band has performed at the Fiesta Bowl, Sugar Bowl, Gator Bowl, and the National Championship, plus performing at away games including trips to Michigan, Michigan State, Tennessee, Florida State, and USC. In addition to the home performances, the band has performed at Notre Dame’s “neutral site home games” in San Antonio, New York City, Washington DC, Chicago, and Dallas. 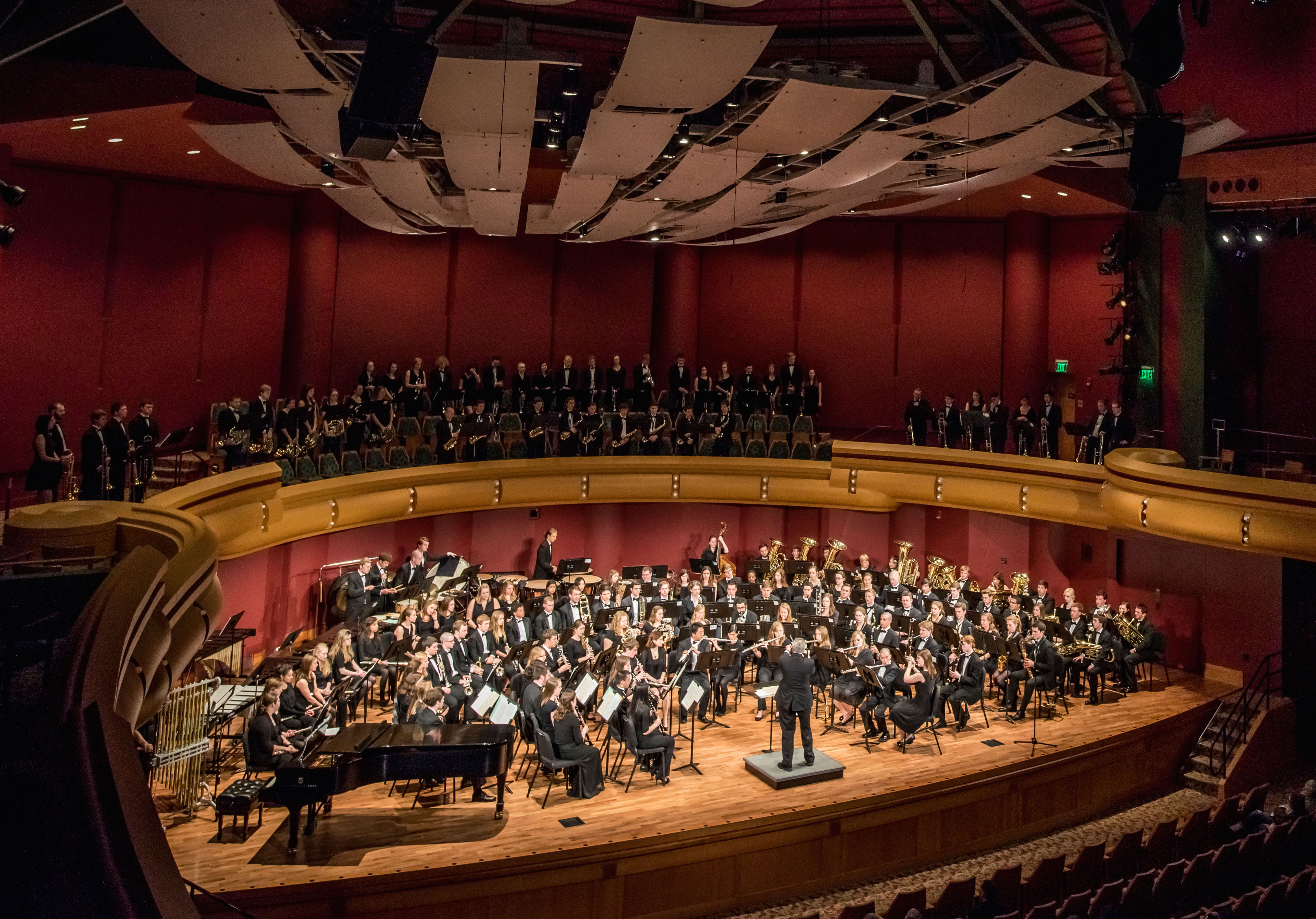 Notre Dame has a rich tradition of concert performance. Annually, more than 200 student musicians participate in the three concert bands at Notre Dame. Throughout the year the groups perform several concerts and provide music for the annual commencement exercises.

The concert bands tour both domestically and internationally. Recent international tours have included performances in the Sydney Opera House, the Mozarteum in Salzburg, Austria, the Beijing Concert Hall, and the Teatro Amazonas in Brazil. Domestically, the band has completed concert tours through California, throughout the midwest, Pittsburgh, and performed in some the United States’ finest concert halls like Severance Hall in Cleveland and New York City’s world-renowned Carnegie Hall.

About the Concert Bands 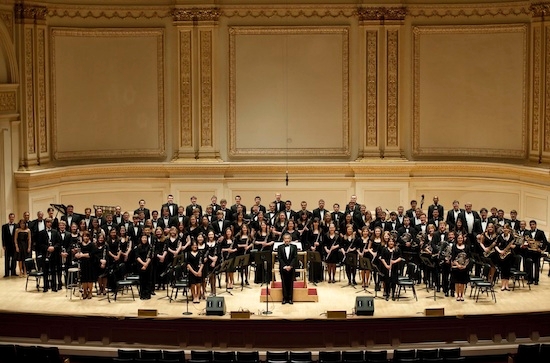 The Fall Symphonic Winds concert band rehearses on Thursdays at 5:00 during the fall semester. Typically between 65 and 75 students will perform in the Fall Winds, and all must audition to participate in the group. It is comprised of the University’s finest wind and percussion performers and performs one concert during the semester.

The Symphonic Band rehearses Tuesdays and Thursdays at 6:00 p.m. during the spring semester. The ensemble performs two concerts during the semester. This band performs the latest in concert band repertoire along with a variety of band classics. Symphonic Band members demonstrating significant service to the band are eligible to be selected for overseas travel.

The University Band is a full concert band open to all Notre Dame, Saint Mary’s College, and Holy Cross College students, graduate students, staff, and alumni. No audition is required. This ensemble provides a relaxing traditional concert band experience for brass, woodwind, and percussion players in the greater Notre Dame community. The band rehearses on Monday evenings and performs one concert at the end of each academic term. 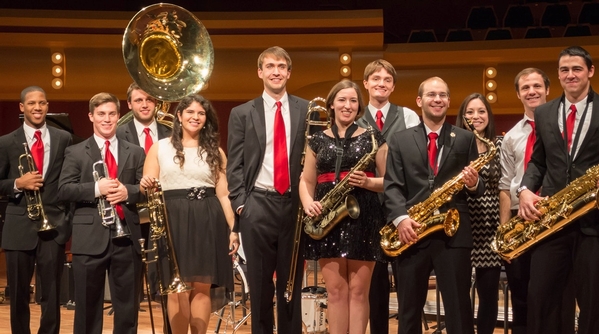 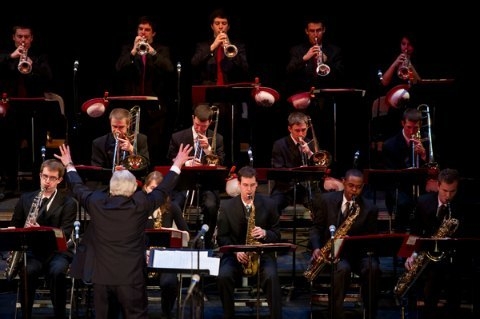 The two Jazz Bands each have 5 saxes, 5 trumpets, 4 trombones, piano, bass, guitar, drums, and vocalist. The New Orleans Brass Band has 3 saxes, 3 trumpets, 3 trombones, sousaphone, guitar/banjo, and drums. Both Jazz Band 1 and 2 perform a wide variety of music, ranging from Duke Ellington and Count Basie standards to the original charts from bands such as Buddy Rich, Woody Herman, Thad Jones-Mel Lewis, Clayton-Hamilton, and Gordon Goodwin, as well as contemporary music of interest.The Brass Band plays new arrangements in the style of such groups as the Youngblood Brass Band and the Rebirth Brass Band.

Jazz Band auditions are held annually on the first Sunday afternoon after school begins in August, with preference given to members of the Notre Dame Marching Band. The jazz band audition consists of playing two songs, one slow and one fast. There are spots in the songs where students can improvise, if they are able to do so; if not, they can simply play the written melody. Most players in Jazz Band 1 and the Brass Band, and many in Jazz Band 2, can improvise. During the spring semester a Jazz Improvisation class is offered for those who wish to develop improvisation skills.

The Jazz Bands are directed by Larry Dwyer and Matt Merten.