The Band offers students a variety of travel options as part of the program. Please select the type of travel you are interested in learning more about below: 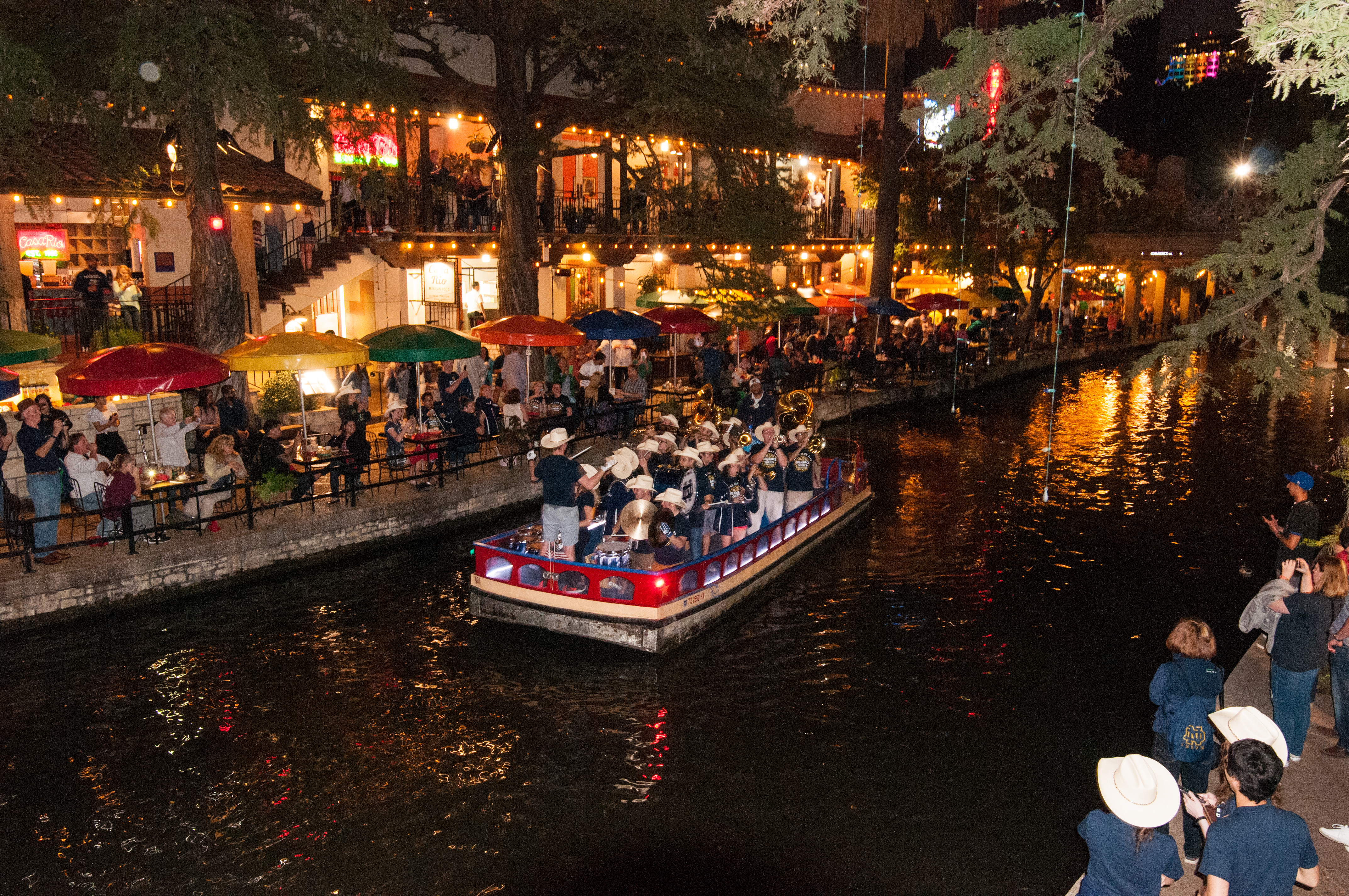 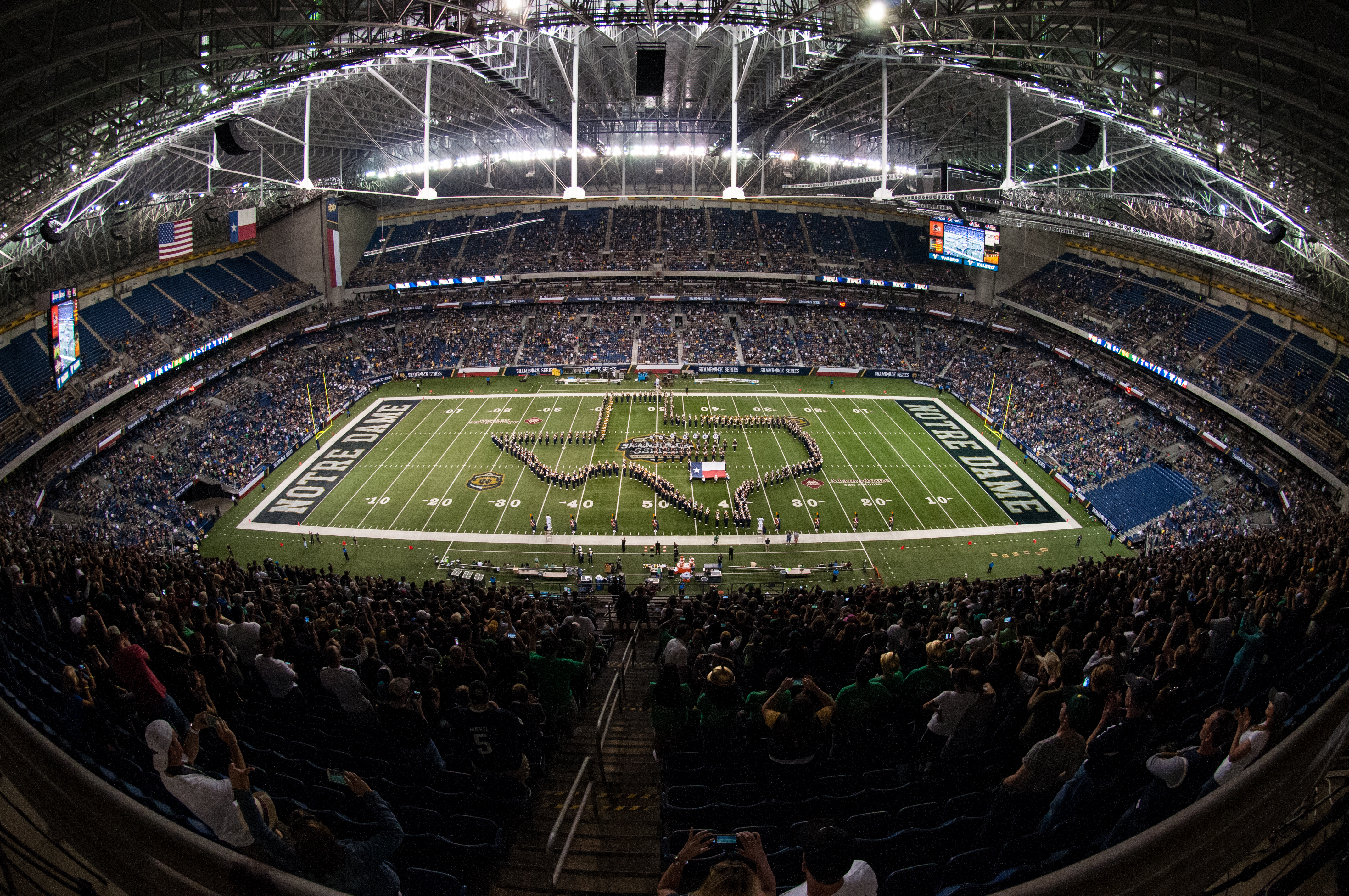 LEFT: Band members perform on barges for thousands of fans on the River Walk in San Antonio, TX.
RIGHT: At halftime, the Band saluted the state of Texas at the Alamdodome.

2006 - Austria, Czech Republic
The Band performed in the cities of Vienna, Prague, Salzburg, and Innsbruck.

2002 - Scandanavia
In May 2002, The University of Notre Dame Concert Band toured Norway, Sweden, and Denmark.

Each year, the Notre Dame Concert Band travels throughout the Midwest and to other select locations on a tour of several domestic locations.
The Band has performed in cities in Indiana, Ohio, Pennsylvania, Illinois, Michigan, Kentucky, and Wisconsin. In addition to the major concert venues below, recent tours have included:
2019 - Indianapolis (IN), Louisville (KY), Monticello (IN)
2018 - Tinley Park (IL), Madison (WI), Oshkosh (WI), Milwaukee (WI)
2017 - Kalamazoo (MI), Pittsburgh (PA), Erie (PA), Cleveland (OH)
2016 - Fort Wayne (IN), Indianapolis (IN), Jasper (IN)